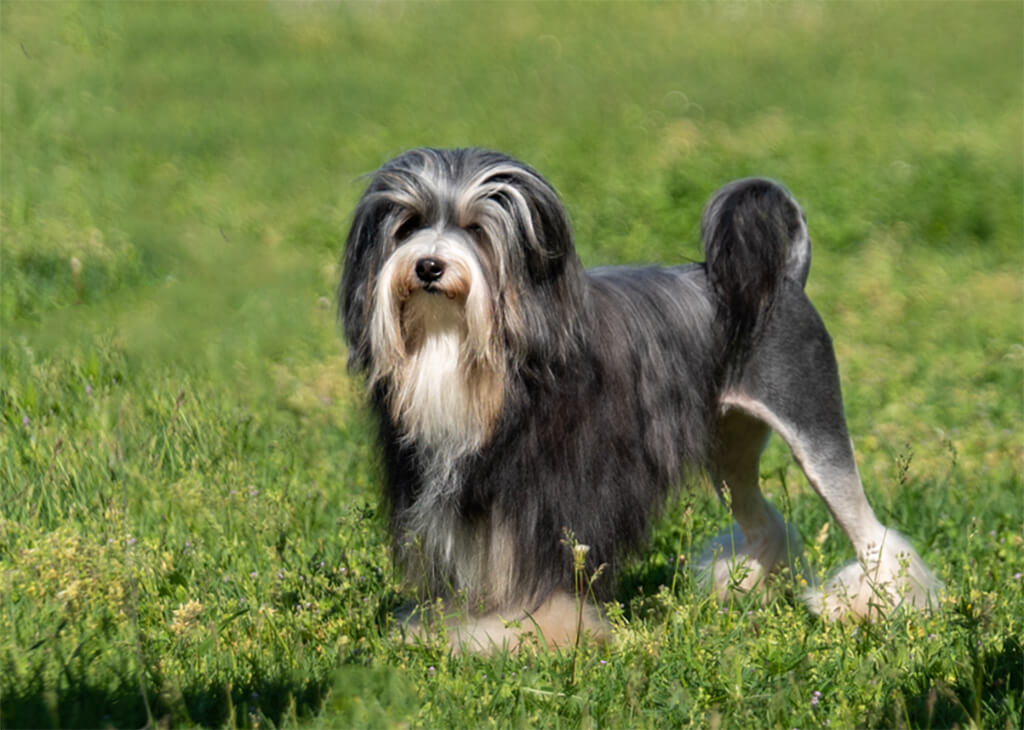 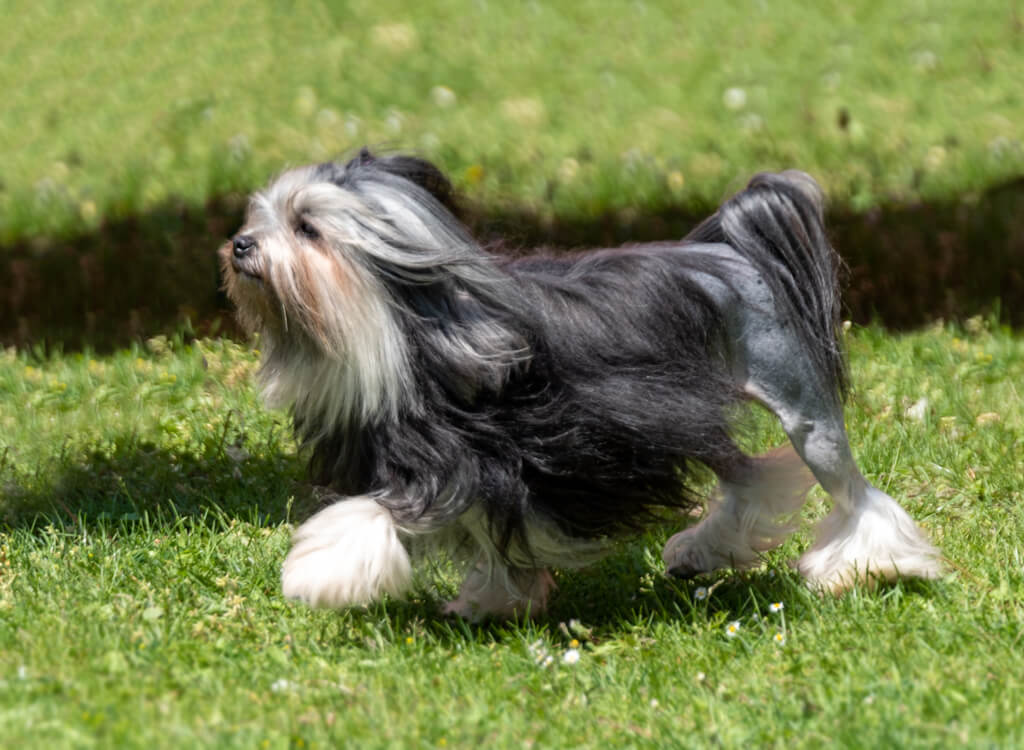 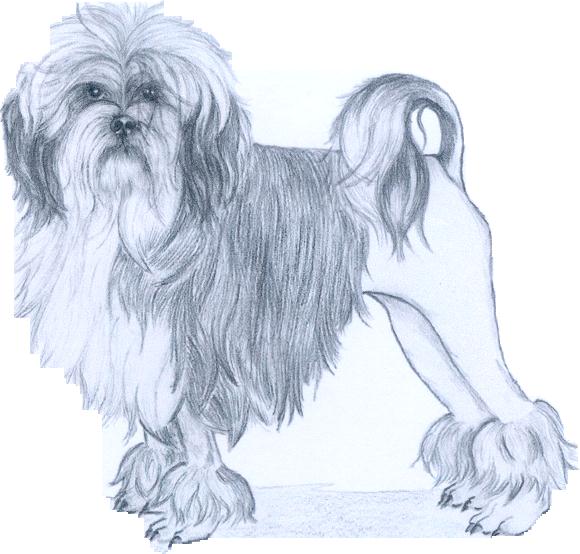 BRIEF HISTORICAL SUMMARY: In the Amiens Cathedral, the construction of which dates back to the XIII° century, one can see, carved in stone, two Lowchen which perfectly represent the breed. In the XV° century its distinctive silhouette was often depicted in tapestries. The breed was cherished by the ladies of the court of Burgundy. It was especially in the 17th century that the breed was represented in old masterpieces. Buffon describes it very precisely in his “Histoire Naturelle”, stressing its rarity. At the same period the Swedish naturalist, Linné also mentions it. The Lowchen was once called “Bichon Little Lion Dog”. The French Breed Club was founded November 18th, 1947.

GENERAL APPEARANCE: A small intelligent dog, gay with a lively and alert expression; overall robust with good bone- short and well proportioned body- head carried high – pronounced tuck-up. The movement is proud and determined, accentuated by the floating mane from the lion clip; the unclipped areas should be completely natural and on no account should they be shaped. The lion clip is obligatory for showing.

BEHAVIOUR / TEMPERAMENT: Very affectionate and obedient with its masters, attentive and receptive, at ease in all circumstances; capable of being calm and discreet on command. His forthright and tender look tries to understand what is expected of him.

HEAD: Relatively short and quite broad from the top of the skull to the muzzle; carried high.

FACIAL REGION:
Nose: Black (total pigmentation is obligatory), except for brown coats and derivatives. In the latter case, the nose is dark brown (total pigmentation obligatory). The nose is well in line with the topline of the muzzle.
Muzzle: Rather broad, straight.
Lips: Tight and black, except for brown coats and derivatives, in which case, the lips are dark brown.
Jaws/Teeth: Strong teeth, complete dentition with scissor bite. Absence of the PM1 is tolerated.

EYES: Set well forward, the eyes are large, very dark, round and well spaced; must be forward looking. The lids are totally pigmented.

EARS: Set low (level with eyes). Moderately long, capable of almost reaching, if pulled, half the length of the muzzle; pendant, well fringed. The fringes can reach, at least, to the end of the nose.

NECK: Of good length, slightly arched, merging smoothly into the shoulders and withers.

TAIL: Set on slightly below the topline. Carried elegantly arched over the back without touching the latter. Only the plume touches the back either when standing or in action.

HINDQUARTERS:
General appearance: Upright.
Upper & lower thigh: Well muscled, the tibia is the same length as the femur. The point of buttock is slightly prominent.
Hock: Relatively strong, the point is at approximately ¼ of the height at the withers, normal angulation.
Metatarsus (Rear pastern): Robust, perpendicular to the ground.
Hind feet: Small and round, toes tight and well arched.

COAT
Hair: The coat is silky, long, wavy, dense; without undercoat.
Colour: All colours and combinations of colours are permitted.

FAULTS : Any departure from the foregoing points should be considered a fault and the seriousness with which the fault should be regarded should be in exact proportion to its degree and its effect upon the health and welfare of the dog.

DISQUALIFYING FAULTS:
• Aggressive or overly shy dogs.
• Any dog clearly showing physical of behavioural abnormalities.
• Total or partial depigmentation of the nose, lips and eyelids or other colour than black, or other colour than dark brown for brown coats and derivatives.
• Turned up nose.
• Absence of one or more incisives or canines.
• Non-consecutive absence of more than two teeth (PM2, PM3, lower PM4).
• Consecutive absence of two teeth (PM2, PM3, lower PM4).
• Absence of a carnassial tooth (upper PM4, lower M1) or of another molar except for M3.
• Overshot or undershot.
• Eyes: small, almond shaped, protruding, too light or wall.
• Entropion, ectropion.
• Ears: not long enough or without fringe.
• Tail curled in a ring.
• Coat: curly, too short, lack of waves.
• Severe anatomical malformation.

N.B.:
• Male animals should have two apparently normal testicles fully descended into the scrotum.
• Only functionally and clinically healthy dogs, with breed typical conformation should be used for breeding.